An Interview With Rachel Bamber founder of Brighter Thinking and Speaker at the 2019 Neurolanguage Conference in Portugal. 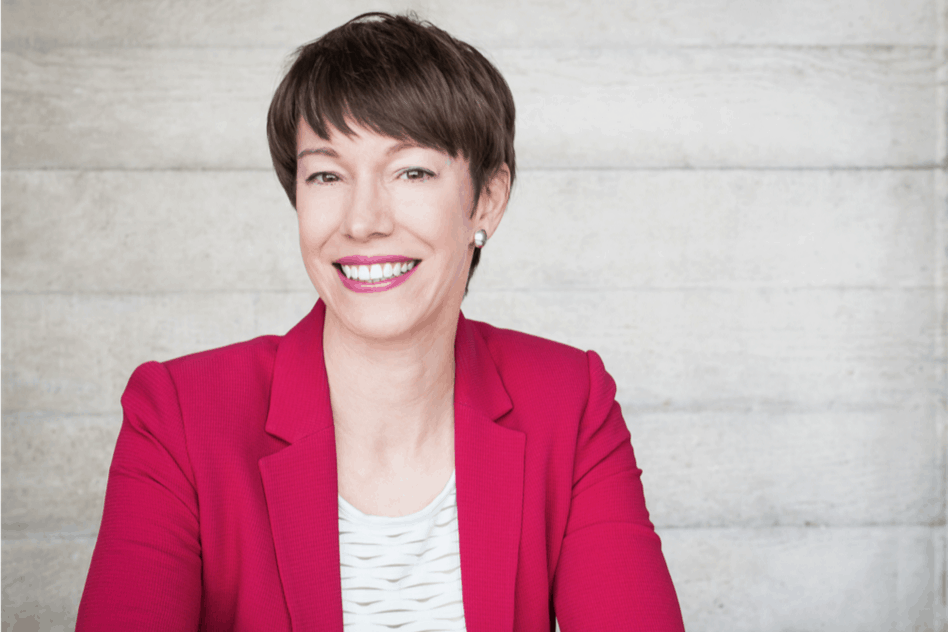 Hello Rachel. Firstly, I’d like to thank you for taking time out of your very busy schedule to do an interview for the new magazine. I first met you last year at the Neurolanguage Conference in Portugal and I was so impressed, not only by the content of your talk but by your energy and enthusiasm for your subject. So my first question is, are you always so energetic?

Yes, apparently so! I am really grateful to receive such lovely feedback about my energy and enthusiasm from many people who attend my workshops. Thank you so much for your kind words, Sharyn.

Most people don’t start off their professional life with a dream of becoming a coach, so, could I ask, how did it all begin for you?

Well, I graduated from Oxford Brookes University in social sciences. You are right, I had no plan to become a coach at that time but social sciences is a very good background for working with people.

What did you do after university?

I love fashion and had always wanted to work in retail. I was fortunate to secure a job at Harrods, the famous department store in Knightsbridge in London but one day in, I realized retail just wasn’t for me. I listened to my intuition and had interviews lined up for my first day off!

So, what happened next?

I got a job in sales at Express Newspapers which owned the Daily Express, the Sunday Express and the Daily Star and I doubled my salary overnight! I was given full sales training and before long, I was training my own team and speaking to over 100 people. There were deadlines to hit which was good training and it was certainly better paid than retail. I worked there for three and a half years. The sales experience really was a great advantage and helped me to move into a sector where I had wanted to work for years and that was fashion.

I have to say Rachel that I noticed your style and fashion sense at the conference, you have very good taste.

Thank you Sharyn, that’s very kind of you to say so.

Is fashion as glamorous as it seems and did you enjoy your work?

It is glamorous, but it’s also very demanding. However, I really did enjoy it. I worked on “The Clothes Show” which was the largest consumer exhibition with nearly 200,000 visitors. The event reflected the popular BBC TV programme and magazine. It was hard work but within a year or so, I was made sales manager. I stayed four years in ladies fashion and beauty and then moved into men’s technology and lifestyle. The event was called “Stuff Live”. I learnt a lot and really improved my marketing and PR skills during my time in this sector.

But then you decided to change your professional life again.

Following my success working on those consumer events, I was asked to be Communication Manager for “The Bike Show Ride”. This was very different, as the event was a multi-start point charity bike ride for the general public, to raise money for the British Heart Foundation, a large, and now a well-known charity in the UK. Very sadly, my father died of a heart attack six weeks before I started university and this role enabled me to give something back. I managed a dedicated team to promote this worthy cause and was delighted to persuade many celebrities to participate in the cycling challenge and support the event.

I know you were very successful at raising money and well done for that, but now I’m even more curious as to know how all this very useful experience led to coaching.

Well, coaching sort of found me. In 2001, while doing some leadership and management training, I was introduced to the positive and motivational effects of coaching and Neuro Linguistic Programming (NLP). I was fascinated and instantly saw the benefits. I had been interested in personal development from an early age and now the idea of a new career started to form in my head over the course of the next three years. In 2003, I took the plunge and trained professionally in coaching skills with ICF accredited Results Coaching Systems and I also qualified as an NLP Practitioner. At the age of 30, I was on the path to a great future, I just didn’t know it at the time.

Did you find it easy at first to get new clients?

Like any new business, persistence pays off! However, my sales skills obviously helped. Selling yourself is very different from selling a well-known international brand though! Coaching was
very new, so I had to learn a lot about what it involves and how it works. I still do to some extent.

Whilst I was starting my new business, Brighter Thinking, I was headhunted to work part-time for the British Academy of Film and Television Arts (BAFTA). My job was to generate cinema seat sponsorship from heavyweights in the film, television and entertainment industries such as George Clooney, Michael Douglas, Stephen Fry, Sir Mick Jagger, Sir Elton John, Madonna, Sir Paul McCartney, MGM, MTV Networks Europe, and Twentieth Century Fox. I also sold sponsorship for the various award ceremonies and created events for the members at their club at 195 Piccadilly, London. Since a child, I had always had a dream of attending the glamorous Film Awards and was delighted to fulfil that ambition of walking up the red carpet! I loved every minute of it.

When did you have the finance and security to leave your part-time job and become a full-time coach?

I had always wanted to run my own business. As a child of 14, I had been an Avon cosmetics representative, and so in 2007, I left the British Academy and started Brighter Thinking full- time. I didn’t have the finance and security in place (crazy I know) as I thought if I waited for that, there would never be a right time to do it. However, I had the self-belief, courage and the determination to succeed!

A brave move for anyone. I know your business is thriving and you are doing exceptionally well but before we talk more about your business could I ask when you first met Rachel Paling and what is your connection to ELC?

I first met Rachel in London when I trained her in Intuitive Coaching Skills in 2010. At the end of the programme, she kindly acknowledged my “clairvoyance” and we hit it off. I have happily supported her business ever since, from flying to Germany to give feedback on her first Neurolanguage Coaching training, to training her participants and speaking at two of the conferences. Rachel is an inspiration and I admire her vision, grit and work ethic.

I know there have been many highlights in your career, Rachel, and you have probably lost count of the people you have helped but if you could narrow it down and I would not ask you for specific names, could I ask what have been your highlights so far?

Challenging a business owner stuck on six figures to change his mindset, introduce new habits and behaviours to achieve seven-figures in one year: £1 million + sales.
Stretching a female Director to increase her confidence and self-esteem, resulting in her asking for a £50,000+ pay rise on her existing salary (in a male-dominated field) and getting it.

Helping corporate leaders all over the world to achieve brain-friendly peak performance thereby improving communication, reducing stress and increasing work satisfaction for them – and their teams

Working with creative small business owners to find their focus, increase their energy and stop procrastinating so that they work with their brain, rather than against it and get even more done faster with zero stress

Helping people at a crossroads in their life and career get clarity and land their dream job and exit a negative relationship that’s holding them back
Supervising new and established coaches by supporting their client work, sharing best practice and helping them to get more clients

…oh, and another area that I love is helping clients to enjoy more sex which is either a specific goal, or an added bonus!

Wow, that’s amazing! So finally, what is in your busy schedule for the coming months?

In addition, to coaching clients around the world, I will be facilitating workshops and writing a lot more, including finishing my first book. I will also be working on my Business with Vision and plans for 2020.

Rachel, thank you so much for doing this interview and for being so honest with us. I know our readers will be fascinated and inspired by your life. We’re going to hear from you again in this issue of the magazine, as you’ve written an article on coaching and I thank you in advance for having agreed to write more in the future.

It has been a pleasure, Sharyn, thank you.

Would you like to receive a FREE monthly Brighter Thinking Tip, a practical brain-based strategy to increase your success? 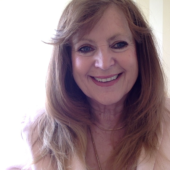 Sharyn Collins is an EFL trainer and polyglot speaking five languages. She specializes in pronunciation and clear communication. From her online communications company "Eloquence", she has trained a huge variety of clients from recruits in the Estonian army to Princesses in the Arabian Gulf. Her motto is "Never Stop Learning. "